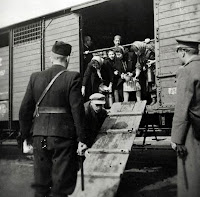 When the Jews were in the concentration camps, a few non-Jews were ready to risk their lives for these unfortunate souls. Oskar Schindler was a German who saved over 1,000 Jews by moving them from Plaszow labor camp to his hometown of Brunnlitz. 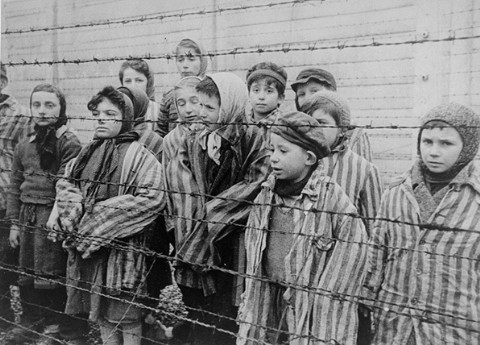 As trainloads of Jews arrived at the concentration camps, they were stripped of all that they possessed. These possessions were sorted out at a section of Auschwitz called ‘Canada’. Back then, Canada was known to be a land of great riches, and the possessions of Jews were like riches to the Nazis.


It is estimated that 11 million people were killed during the Holocaust, where one million within them were children.

Posted by Shyamanta and Raisa at 20:57 No comments:

Survivor of Holocaust talks to Oprah


Posted by Shyamanta and Raisa at 22:12 No comments:

What was the solution to the Jewish Question?


Hitler is the infamous, sadistic dicator of World War II,known for exterminating Jewish people in what were known as "death factories" or extermination camps. The Nazis conspired to bring the demise of the entire Jewish population. After much thought, Hitler decided he would send Jews to ghettos, making them wear the star of David, then later sending them on their way to extermination camps- The Final Solution to The Jewish Question.

Hitler initially put the Jews in ghettos in Poland. There, Jews suffered horrendous conditions without food or medication. They were forced into brutal physical labour. This was a slow process of killing the Jews painfully.

Hitler`s    final solution was to put the Jewish people in concentration camps all over Poland. The biggest one known for Jewish extermination is Auschwitz, located on the outskirts of Krakow, Poland. There were large gas chambers with adjacent cemeteries for the disposal of corpses.  Hitler only put young children and the elderly in them, keeping anyone who deemed fit to work in work camps. Nazis were ordered to gather and bring Jews over to the concentration camps by trains from the ghettos.

These bodies were later burned in  crematoriums. The SS members kept Jewish belongings like shoes and clothes in makeshift vaults, as collateral to pay for railroads, crates and anything else that contributed to make the Holocaust possible.

Posted by Shyamanta and Raisa at 21:56 No comments: